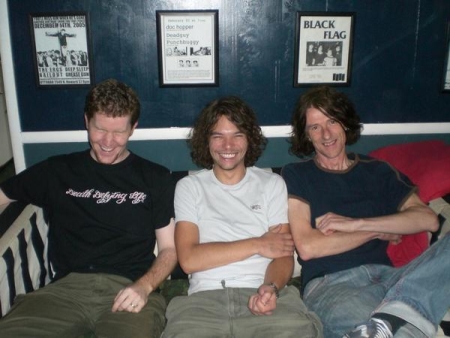 As most of you are no doubt aware, Darren �Wiz� Brown of MEGA CITY FOUR, DOUGHBOYS, SERPICO and more recently IPANEMA, passed away on 6 December 2006.

Wiz�s last band, IPANEMA, had its material released via Boss Tuneage Records.  Over the last year, the label has been working on an IPANEMA CD with Wiz's bandmates Lawrence and Rauf and his partner Karina and brother Danny, which compiles all of the band�s studio recordings. The CD will also include the 9 tracks Wiz had been working on for an album that Boss Tuneage intended to release early in 2007 before his death.

After a year of work, Boss Tuneage now has the IPANEMA CD ready to go via mailorder only as a benefit for Karina's new charity set up in WIz's name, Forward 4 Wiz Trust. All proceeds will go to the charity. The CD is going to be available from January 18th (Wiz's birthday) and will cost �10 postpaid UK/�11 Europe/�11.50 rest of the world.