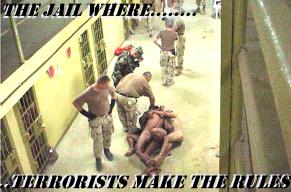 If you enjoyed this  long!  article, and want to be kept up to date with some much shorter, as-it-happens, political stuff, then check out my ongoing politics blog:  http://thetoneofouroppression.blogspot.com.  If youre strangely interested in me as a person, and randomly want to know about my life, check out my online journal at: http://profitganda.blogspot.com.  If you remember me from way-back-when, and like the bands I was in (ACADEMY MORTICIANS and BULLET OF DIPLOMACY) back in the day, then check out http://www.myspace.com/danmckee to hear what Im up to now.  If you like pop-punk, check out: http://www.myspace.com/thewhiningmaggots.  If you like pop-punk, live in Birmingham, UK, and play guitar or drums, then maybe you want to join me in the new pop-punk band Im trying desperately to start up?  Either way, whokilledculture@yahoo.co.uk is the place where all my junk mail goes.